Does a Cow really have 4 Stomachs?

Does a Cow really have 4 Stomachs?

It is said that a cow has four stomachs. How much do you know about cattle stomach? Here is some knowledge about the stomach of cow.

1.The structure of a cow's stomach

The stomach of cattle is multilocular stomach, followed by rumen, reticulum, valvular stomach and abomasum. The mucosa of the first three stomachs is lined with a stratified flat epithelium. There are no glands in the mucosa. It mainly stores food and decomposes crude fibers. It is often called the forestomach. The abomasum mucosa has digestive glands, secretes gastric juice, and has chemical digestive effect, so it is also called true stomach. From left to right, they are the rumen, the reticulum, the valve stomach and the abomasum, and the position of the esophagus, between the rumen and the reticulum.

The rumen of adult cattle is the largest, accounting for 80% of the total volume of the stomach, and almost occupies the left side of the whole abdominal cavity. The posterior ventral part of the rumen crosses the median plane and protrudes into the right side of the abdominal cavity. The anterior end of the rumen reaches the diaphragm and the posterior end reaches the anterior opening of the pelvic cavity. The left side is the wall, which is in contact with the spleen, diaphragm and abdominal wall; the right side is the viscera, which is in contact with the stomach, rump, intestine, liver and pancreas. The anterior end of the rumen is connected with the reticulum by the orifice of the rumen. It is called beef stomach and straw stomach in food.

The volume of reticulum in cattle accounts for about 5% of the total volume of cow stomach room, which is the smallest of the four stomachs. Located on the mid-sagittal plane of the seasonal ribs, it is about opposite to the sixth to eighth ribs. The gastric groove mucosa between the rumen and the reticulum is smooth and has vertical folds. The reticulum groove on the wall of the reticulum is also called the esophageal groove. The gastric groove originates from the cardia and extends downward along the vestibule of the rumen and the right wall of the gastric reticulum to the appetite of the gastric valve.

Valvular stomach accounts for 7%-8% of the total volume of stomach and is located in the right costal region. Valve stomach mucosa formed more than 100 pieces of size, transverse section is very similar to a stack of "louvers", so it is also known as the louver stomach. It is called louver in food.

The abomasum, also known as the true stomach and mushroom head, accounts for about 7%-8% of the total volume of the stomach, and is located in the right rib and sword-shaped cartilage, which is about opposite to the 8-12 ribs. The abomasum mucosa is smooth and soft with glands in it. 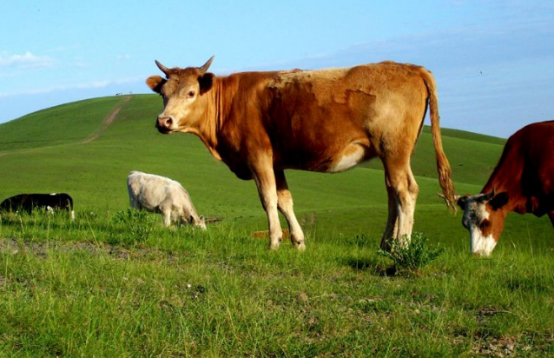 The functions of rumen include temporary storage of feed and microbial fermentation. The calf's reticulum groove is well developed and its function is perfect. When sucking, it can reflexively close its lips to form a tubular shape. Milk flows from the cardia to the stomach groove through the reticulum groove and the valvular groove to the abomasum. The reticular groove of adult cattle was not closed completely.

The function of stomach valve is not very clear. It is generally believed that its main function is to absorb water in feed and crush feed.

The true stomach functions the same as the stomach of monogastric animals, secreting digestive juice and dampening chyme. The digestive juice of the genuine stomach contains enzymes that digest part of the protein, and basically does not digest fat, cellulose or starch.

Ruminant process from rumen direct nausea up to the mouth, but also from the rumen one after another into the reticulum, and then from the reticulum back to the mouth. After careful chewing of the buccal teeth in the mouth, the process of rumination and chewing can be repeated again until the food is thoroughly chewed and then enters the stomach through the reticulum. After feeding, ruminants begin to appear after 0.5-1 hour. The duration of each rumination is 40-50 minutes on average. Every food group returning to the mouth chews 40-70 times on average, and then the second rumination begins after a period of intermission. In this way, ruminants are carried out about 6 to 8 times a day and night, while calves are more frequent. Cows ruminate about 6 to 8 hours a day.